South Coast Plaza has a Spring Garden Show every year, and every year they have a contest for local landscape designers and schools to build judged gardens inside the mall. This year’s garden theme was “Healing Gardens”, and Orange Coast College’s Ornamental Horticulture Department Club built a garden for the visually impaired; OCC’s garden won first place in the competition!

The team had only three days to build the entire garden on site. I took in-progress pictures of the team building the garden less than 48 hours before, and was amazed when I returned and saw the finished product. It’s a gorgeous work, and it also seems very functional for the visually impaired. The plants were chosen for texture and scent, and many are labeled in Braille: 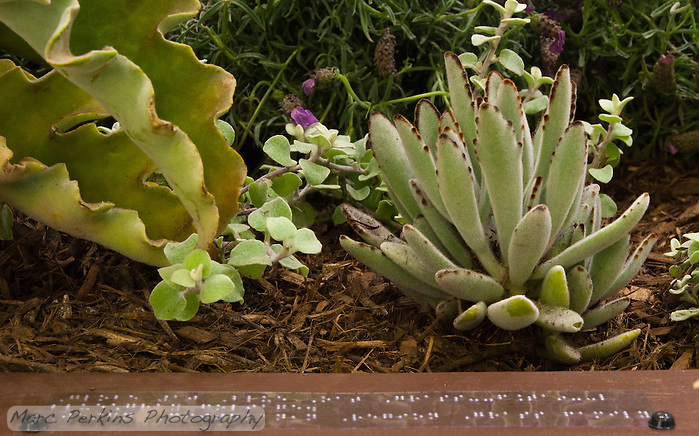 But the centerpiece of the garden is a restored 1957 braille world globe, one of only 500 made.

The globe was contributed to the project by the club advisor, OCC Ornamental Horticulture Professor Rick Harlow. It features the world geography in exaggerated relief, so all the land on the globe can be sensed by touch. The club added Braille markers to the globe indicating where all the Braille-labeled plants are from.

The garden has other features to help the visually impaired, including wind chimes and a waterfall to provide auditory cues to direction, easy to use railings, easily sensible floor textures, and a speaking weather meter. The bottom of the waterfall grabbed my attention: 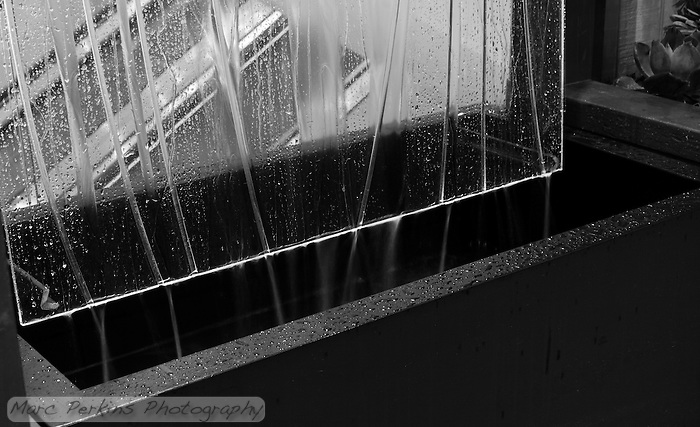 The garden is just plain beautiful; it’s amazing what the club was able to do with such a limited space in just a few days. 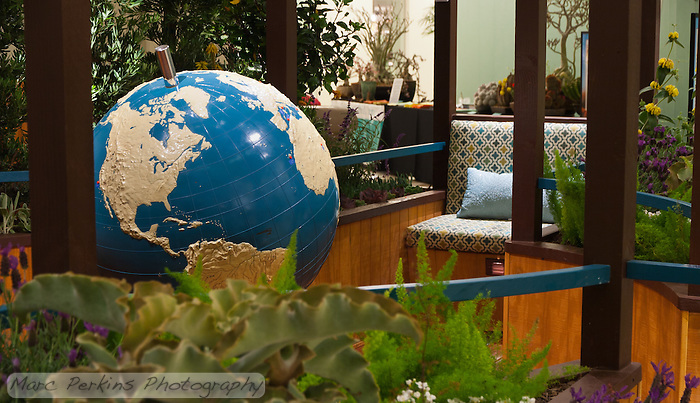 Doesn’t it call out to you to relax in it?

To see more pictures of the garden, head to my two galleries below: 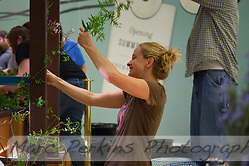 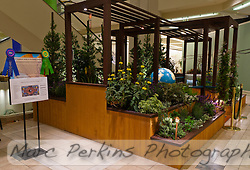 OCC’s team also won first place in the 2011 competition, and I have a few pictures of that garden in my 2011 Horticulture Garden Gallery.

South Coast Plaza is at the intersection of the 405 Freeway and Bristol St. in Costa Mesa, CA. The garden show is located in the portion of the mall that houses the Crate and Barrel and Apple stores. Parking and admission are free.