It’s the end of the year, and that means that it’s time to make “best of 2011” lists.  This blog will be no exception.

This year was a year of exploration for me, thanks mainly to my good friend Greg (of Alpenglow Images; he just posted his own top 12 of 2011), who inspired me to push my boundaries photographically, as well as to start sharing my photography online.  But it’s far too easy to ramble on in posts like this. So, here are my 11 favorite images from 2011 (with many thanks to Michael Russell and Mike Cavaroc for inspiring this with their own posts earlier this week). 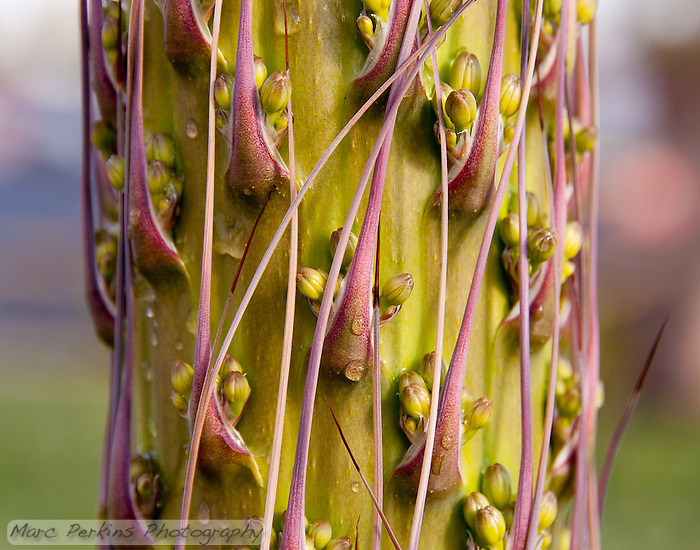 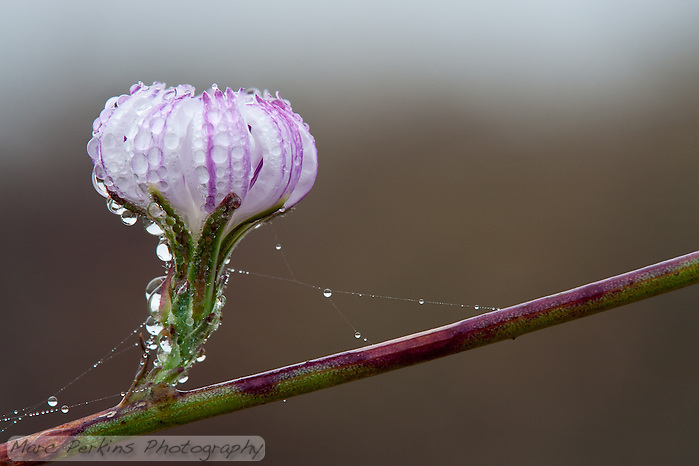 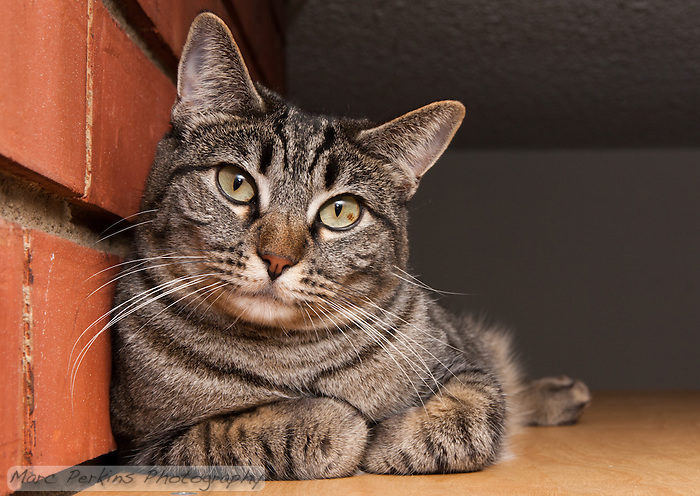 Listening Cat is Happy to Hear About Your Problems – 2 (aka: Kira relaxing), from my cat galleries (1 | 2).

And now for the rest: 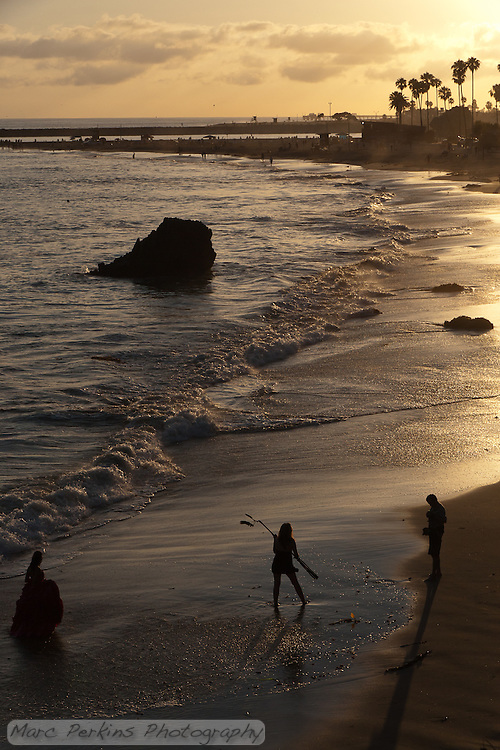 A Light in the Dark (aka: Nauset Light at dusk), from an unpublished gallery. Taken in Eastham, MA shortly after Christmas 2010. 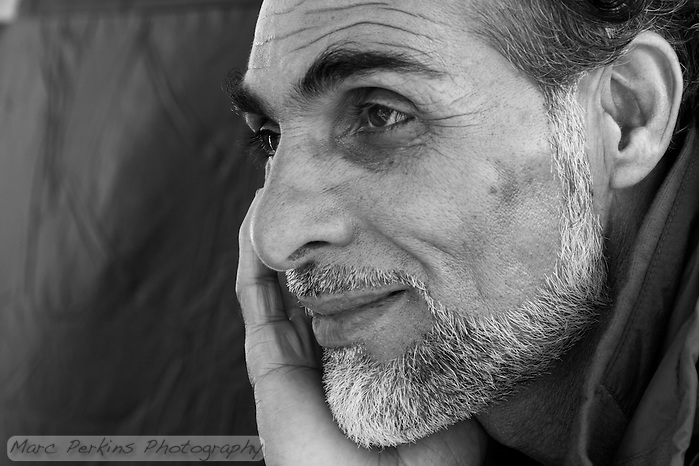 Mohammed, from my 24 Faces of Occupy Irvine series. 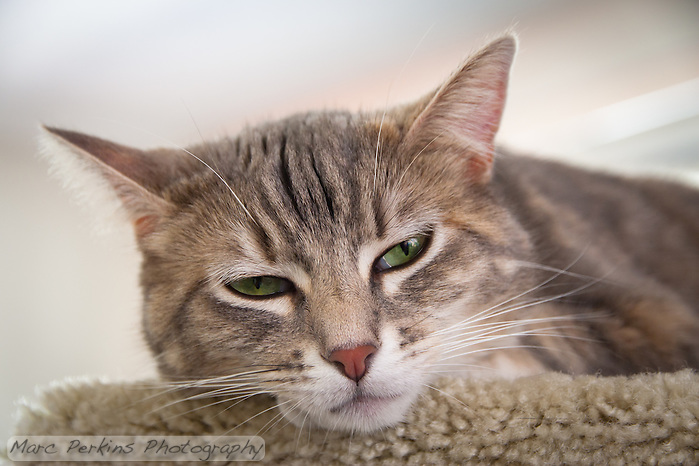 Unimpressed Cat is Unimpressed, from my cat galleries (1 | 2). 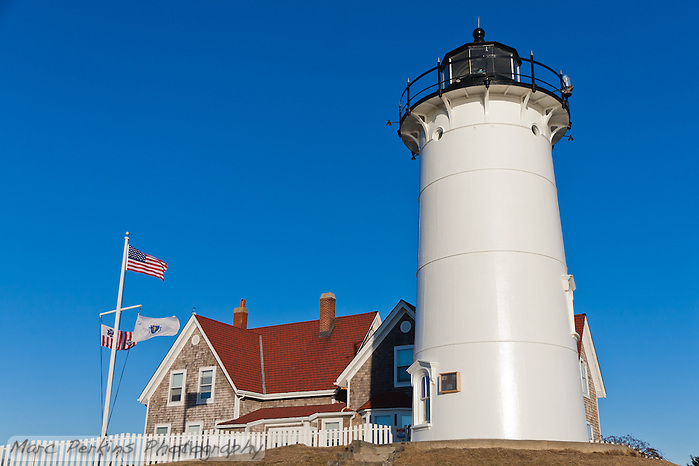 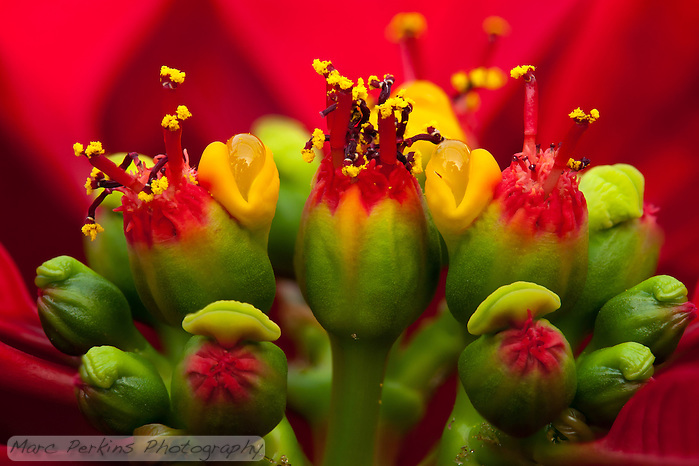 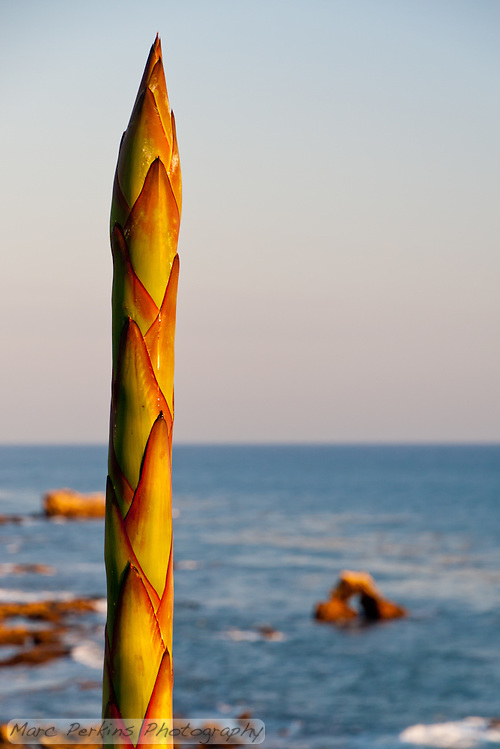 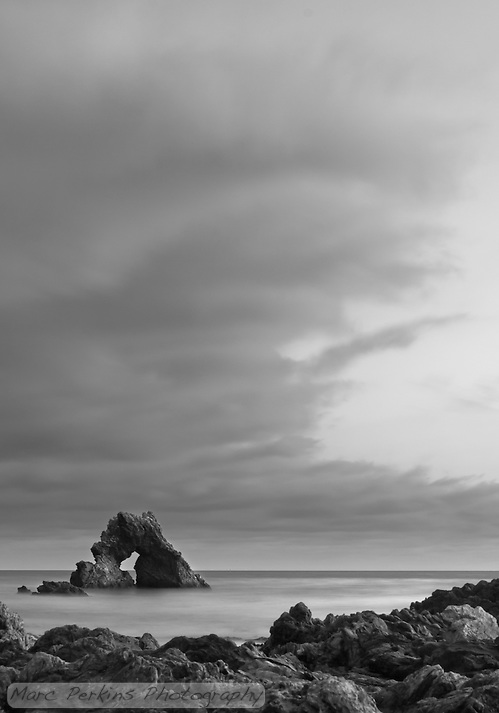 Those are my top 11 pictures of the year!

As an encore I’m going to include one more image. While this didn’t make the cut artistically, it was a once-in-a-lifetime experience, and thus seems to belong here. 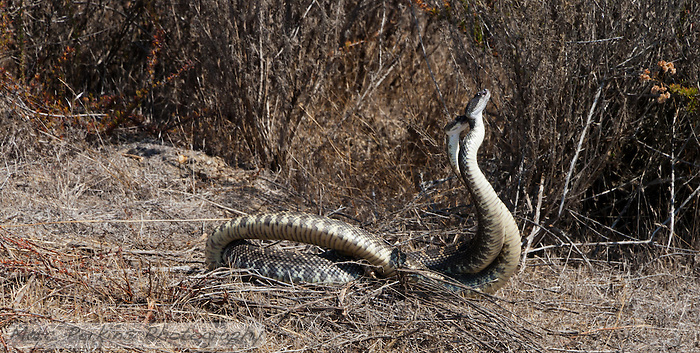 Today is Black Friday, and that means that most stores are having big sales to try to draw in customers. The Occupy Orange County Irvine and Santa Ana groups both decided to hold a protest march at South Coast Plaza, a large high-end mall in Costa Mesa.  Since many stores were opening their doors at midnight this year, the march started at around 10:30pm in front of the Best Buy, and continued until after 1:30 am.

The lines were, predictably, very long:

The Best Buy line was gigantic, and the dozen or so Occupy Orange County protestors who were there walked up and down the line, chanting and handing out fliers.

Most of the protestors who weren’t handing out fliers were tied together by a rope:

The rope was a part of a human art project by Occupy Orange County, Irvine.  At the front of the rope line was Web, dressed in a suit and holding the end, happily leading the rest of the protestors.  The goal was to illustrate how the 1% lead the 99%.

END_OF_DOCUMENT_TOKEN_TO_BE_REPLACED

The Occupy Wall Street movement is, in their own words:

Occupy Wall Street is a people’s movement. It is party-less, leaderless, by the people and for the people. It is not a business, a political party, an advertising campaign or a brand.  It is not for sale.

While I was photographing the November 5 march of the Occupy Orange County, Irvine camp (see my highlight pictures here) I tried to get closeup portraits of a representative sample of the people present.  The movement isn’t about any one of these people; it’s about all of them together, and together they represent the diversity of the 99%.

I’m calling this project “The Faces of Occupy Irvine.”  I don’t normally showcase my work as a slideshow in posts, but for this I think it’s appropriate (see the gallery for all of the images separately):

Not seeing a slideshow or want to look at the individual images? Click on the image above or head to my Faces of Occupy Irvine gallery; the slideshow on that page works on iPads and iPhones.

These are raw street portraits: all but one of these were taken as a single exposure with natural lighting, no reflectors, no flash, and no posing instructions from me1.  All of the people pictured here gave their permission to have their images captured.

I was inspired to do this project by the work of street photographers like Medhi Bouqua (see, for example, this post) and Danny Santos II.

Here are a few of my favorite images from the series:

END_OF_DOCUMENT_TOKEN_TO_BE_REPLACED

After taking some pictures of the Occupy Orange County, Irvine camp a week and a half ago during some calm hours (see this post), I wanted to try my hand at photographing the camp at its busiest: during their Saturday march.  The theme of the Occupy movement this Saturday was encouraging people to move money from large banks to local credit unions, and their march was scheduled to take them on a two and a half mile loop that would pass by branches of Bank of America, Citibank and Chase.

I ended up staying more than 6 hours, photographing the entire march as well as the speeches and sign-holding that went on before and after.  The protesters were universally welcoming, and were great fun to photograph; their cheerful, expressive mood was infectious, and led me to feel extremely creative.

The event was attended by a wide range of attendees: everything from children with their parents to college students, working adults, and retirees.

After a brief speech on marching safety and laws, the march got underway with a swell of enthusiasm. This picture, of Cov in the middle of a pack of marchers crossing the street leaving the camp, is probably my favorite from the day:

While the media loves to cast the Occupy protesters are destructive hooligans, these people were as kind and non-destructive as can be; practically the only people even doing something as minor as walking on lawns during the march were photographers and reporters. The mood was euphoric, hopeful, and friendly.  In fact, I almost didn’t publish this picture because it can so easily be mis-construed to represent aggressive yelling instead of hopeful chanting:

What is Dew-b Outlaw holding so high in the air?  A flute, which he played beautifully during the march:

The marchers were generally led by a small group of Occupiers, chief among them being Dew-B and “Web”:

At the banks the protesters proudly displayed their signs and chanted, but never blocked the entrances or sidewalks. When non-protesters came walking along, Occupiers would repeatedly call out “clear the way” or “coming through” to ensure that nobody was obstructed. No-one entering or exiting a bank was harassed at all.  But that didn’t stop there from being great displays of emotion on both sides of the bank walls:

The marchers were well organized and energetic, even at the end of the march, which made for great lines and emotions when crossing a bridge on the way back to the camp:

END_OF_DOCUMENT_TOKEN_TO_BE_REPLACED

One of the great things about photographing an event like Occupy Orange County’s march last Saturday (see all my pictures from the day here) is that you’re guaranteed to meet a whole lot of interesting people.

The protesters marched to three different banks in the afternoon, and at every one the banks locked the doors and posted a guard as soon as the marchers arrived1.

At Citibank, the security guard was Charles:

He looked bemused more than anything else, standing there in his blue uniform with matching blue eyes, opening the doors for customers entering and exiting the bank while the protesters chanted outside. After the protesters left, I stayed behind and chatted with him; he smiles a lot, and was friendly as can be. His first comment to me as he opened the door was that if he had a soapbox, he’d ask “How many of them voted?”

While the interiors of most of the banks were extremely dark, this Citibank was decently bright inside, so I was able to get some shots of him through the glass during the protest.

I want to pick just one of these for the final gallery. My question for you, kind reader, is which of these two do you prefer, and why?

1 The customers inside generally looked shocked when they came out and found themselves surrounded by 50 protesters, though the marchers were entirely peaceful and didn’t harangue anyone either entering or leaving any of the banks.  Some customers hung around and watched the protest, but most scampered out and got away as fast as they possibly could, looking terrified and grasping their children tightly. I didn’t want to add to these customers’ stress levels, so avoided photographing them.

I’ve been working on my pictures from the November 5 Occupy Orange County, Irvine march; it’s been a fun day of processing, and I’ve got a lot to share. There are a few images that I love artistically, and many more that aren’t so artistic, but that I want to post for documentation or so people in the march can see themselves.

I’ll be dividing the pictures up into themed galleries, which are linked to below. If you’re not sure where to start, just check out the highlights gallery, my highly edited collection from the day. 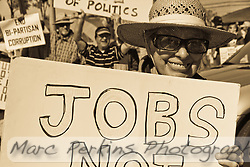 Highlights from the day 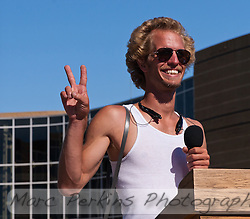 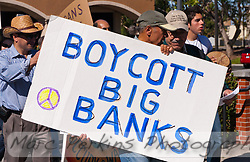 People and their signs 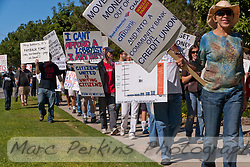 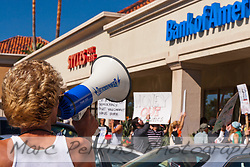 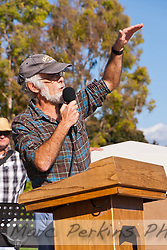 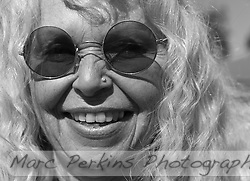 Blog posts from the event:

This page will get updated as I add more pictures and blog posts, so if you want to link to my pictures from the event this is probably the best post to use.

I had a great time photographing today’s Occupy Orange County, Irvine march.  I’ll post more pictures in the days to come, but for now wanted to share the link to my highlights gallery for the event, which currently has a few preview pictures in it.

Many thanks to everyone who let me photograph them!

The Occupy Wall Street movement began about a month and a half ago, and since then has spread a cities worldwide, including Irvine and Santa Ana right here in Orange County.  Regular readers of this blog will know that my photographic genre can best be described as biological macro photography: I take pictures of spiders, mice, plants, and other such things.

Over the weekend I decided to try my hand at some documentary street photography, and headed down to the Occupy Orange County – Irvine camp to see what was going on.

The camp was fairly quiet on Sunday around sunset, so I focused on documenting the environment, including the sea of tents that has popped up.