I recently found myself sorting through a folder that contained a few dozen pictures of my cats in various poses, the sole consistent element being that they were sticking their tongues out at me. How this came to be started with this image: 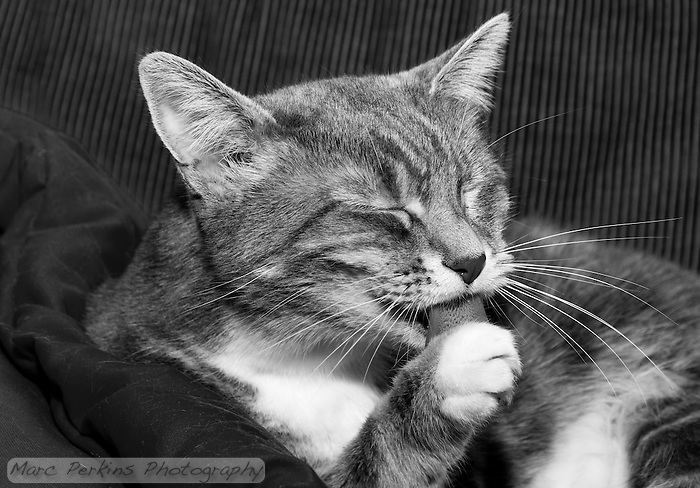 I was sitting in my living room watching Lucca clean herself, as cats do, and I took a few pictures of her, as I do. But when I processed the images and saw her tongue in this one, I was entranced. I’d always known that cats have barbed tongues, but knowing something and seeing it are two different things. I then set about to get a few good images of cat tongues, and the above-mentioned folder of dozens of tongue-sticking-out images resulted.1

When cats clean themselves, their tongues are typically out for far too short of a time to see the barbs in any detail with the naked eye (at least not with my eyesight). And the tip of the tongue, which is the most likely part of their tongue a human will see, actually has no long barbs, as Kira kindly demonstrates in this picture: 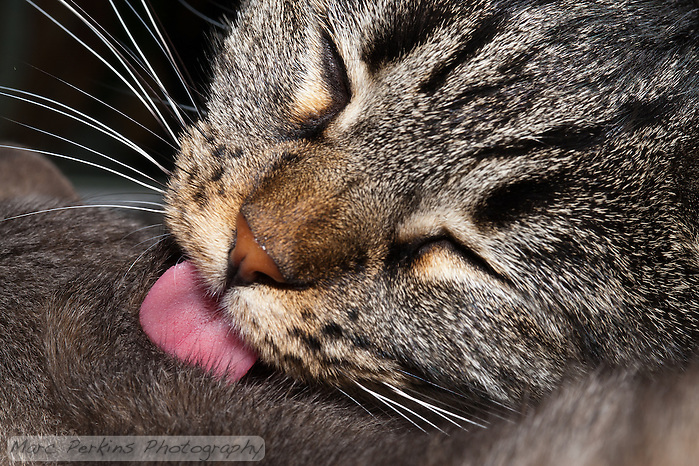 Getting tongue pictures showing the barbs was not trivial2, but for those of you looking for closeups of cats naturally licking, here are three closeups showing a front, three-quarters, and side angle: 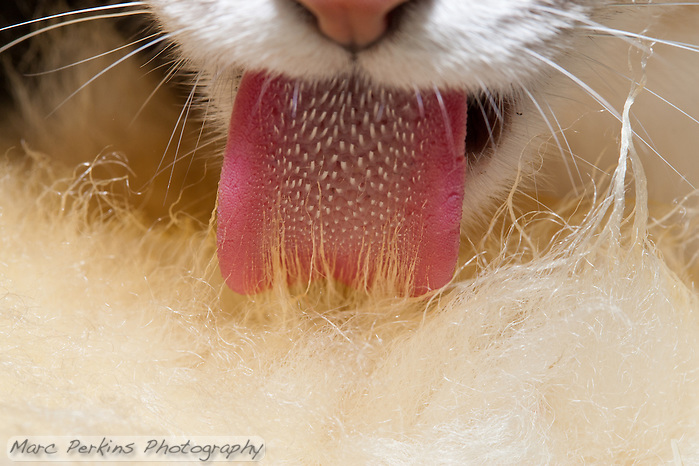 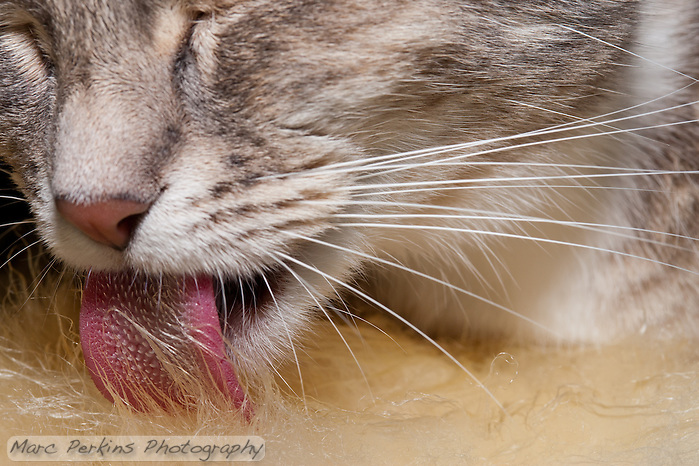 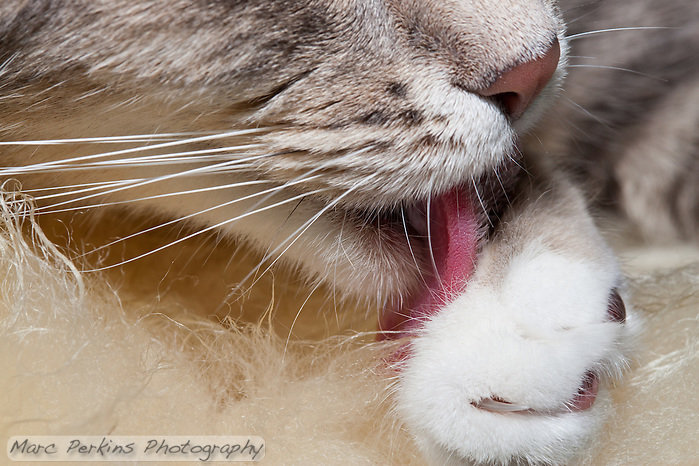 The barbs or spines are called filiform papillae. They’re opaque, hardened with keratin, and arise from widened bases that cover the tongue. The barbs are longer in the center of the tongue, and slowly get shorter towards the sides and front. These are what makes a cat’s tongue feel rough, like sandpaper, when it licks you.

The details on barbs may be a bit tough to see in those pictures, since they’re all essentially uncropped (to show context); but here’s what you really came for: closeups of the tongue focusing on the papillae3. 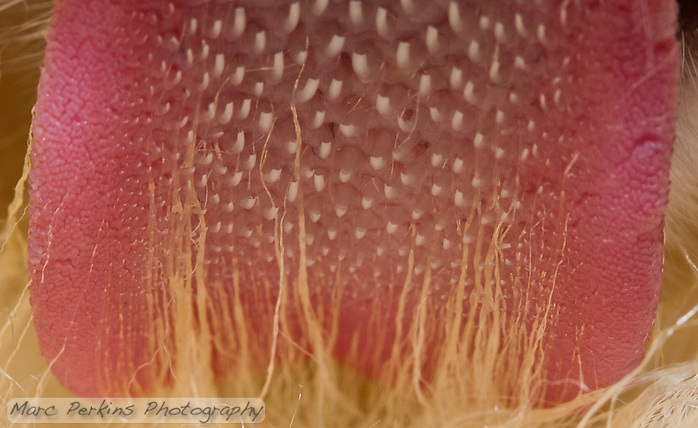 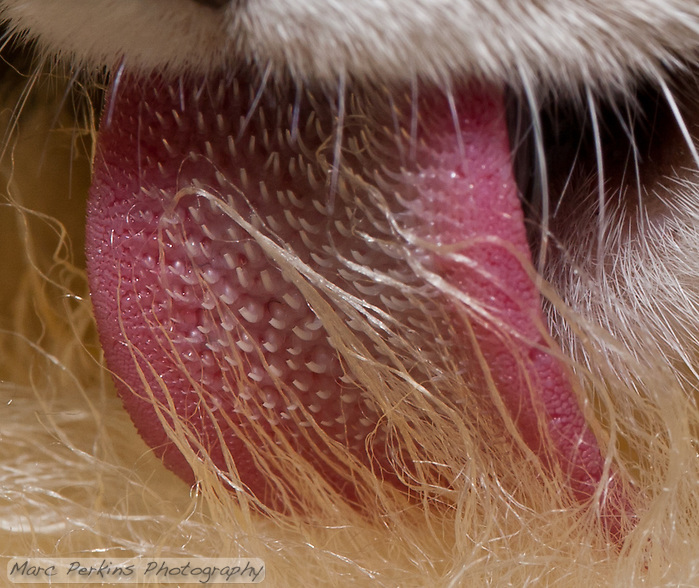 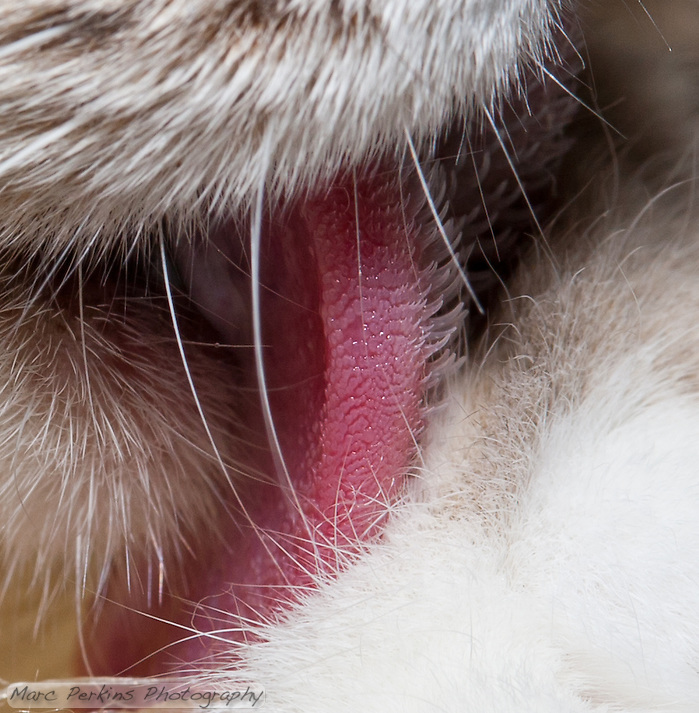 Friendly cats often groom each other, and so I absolutely have to include a picture of Lucca cleaning Kira while showing off her tongue barbs: 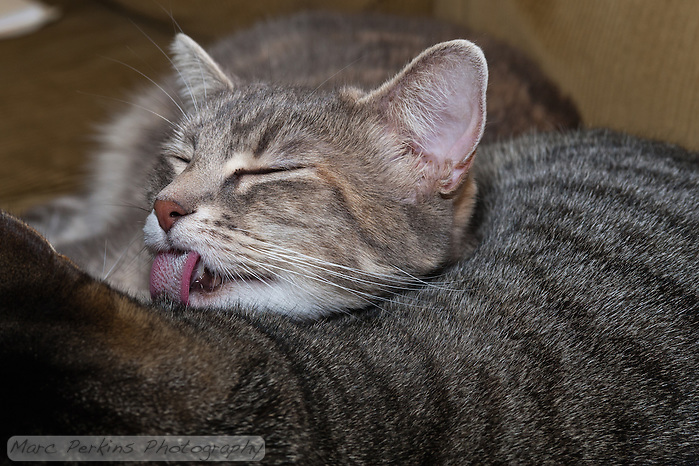 And I can’t resist ending with a silly picture of Kira looking cross-eyed as she cleans her front paw: 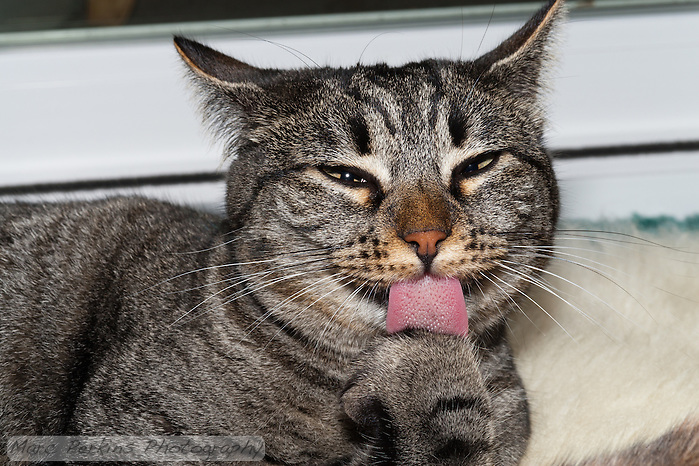 1 Try looking at 40-odd pictures of someone sticking their tongue out at you; it’s an odd experience.
2 It helps that Lucca goes through phases where she licks a sheepskin rug regularly.
3 Yes, these three tongue closeups are indeed just crops of the pictures above.  Have I mentioned how much I love my Canon 60mm macro lens, and just how insanely sharp it is?

[Update: Two of these images were used to illustrate an article in the Journal of Feline Medicine and Surgery; read more about that here.]